After some prompting I began to think about things the general public thinks about when 'science' comes up. Commonly this seems to instantly conjure up images of labs, people in white coats, and one adjective...Hard. The links below are two articles I was required to write, but then really enjoyed them and will probably continue to casually investigate the common stigmas embedded in science.

Even just last night I was sharing the joys of astronomy with two of my smaller elementary school cousins and found out the facts I was sharing were not only new to the kids, but many of the adults present also. This has sparked another thought, how often do we remember that the general population has not had much more than 1000 level science training, and were probably not even that interested then? Could it be we are using the wrong approach? Are we not showing how science applies to their lives?
Papers:
Misconceptions: Why Science is 'Hard'
The Coriolis Force: Does it Really Change Motion in Drains 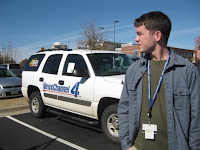 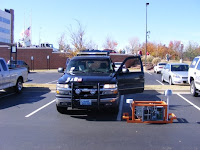 Just created this as a way to share professional information and small bits of life, mainly projects that I'm working and as these normally consume said life. Please enjoy reading about a mad scientist who has a quest....to find a life.