Well a lot has happened since my first week down at NASA.  I've watched the final launch and landing of the shuttle with STS-135, visited historic and current mission control, watched a dry run of the desert rats program, and even got to shake the hand of robonaut! 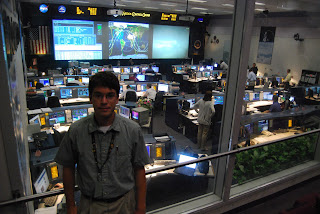 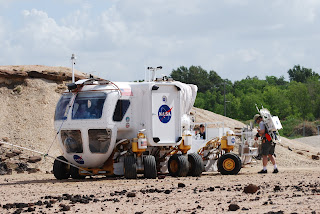 The launch of the shuttle was amazing, even just watching it on the big screen with other employees cheering.  Once they were in orbit we recorded a wake up message to be played to them during one of the flight days.  The video is embedded below.  Skip ahead towards 1:13 and you'll see all of us.  I'm in a denim shirt near a guy in a bright red shirt.  We all went into work at 4AM to watch the landing, then went to Waffle House for some breakfast.

Morpheus still hasn't lit up since I've been here due to the fire investigation and more recently some RF interference issues.  Hopefully those are resolved soon and the tests can continue.  My work on writing a software package has shifted slightly and I'm writing a plotting package.  When I give my exit presentation in a few weeks I'll post it on here so you can get a more detailed idea of what is going on, but in general my software takes huge amounts of flight data and divides it up to plot it.  We are already using the software to look for what is causing some drift in the inertial navigation system!  I'll try to do better about posting more frequent, short updates over the next couple of weeks before I head back to Norman and the blog will likely go back to interesting scientific thoughts or updates on teaching. 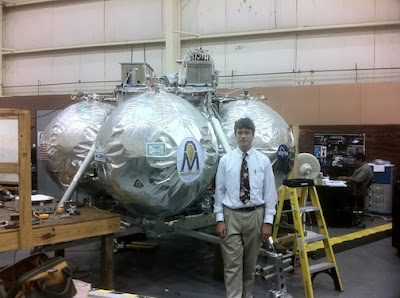 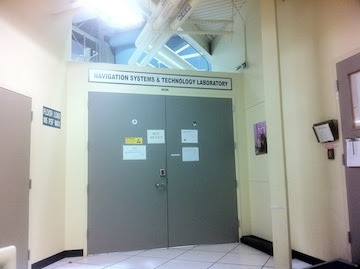 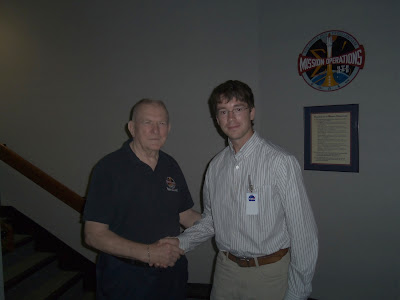